MensHealth.com’s Kasey Panetta recently caught up with me to poke my brain about social media and how it can be effective in searching for your next gig. I wanted to be clear in that optimizing social search is simple and puts the job search, CEO, and hiring managers at your fingertips. Kasey also called upon a few others with social savvy to weigh in on the topic.

Twitter may sometimes seem like a 140-character cesspool of celebrity gossip and teenage angst, but, if used correctly, it can be a killer job-hunting tool.

And Rizzo isn’t the only one using the site for a career boost: There were nearly 300 million mentions of jobs, job openings, and hiring opportunities on Twitter in 2012, according to the company.

But like any job search, tweeting for employment is still a daunting task. So we enlisted the help of top career experts to come up with this 7-step plan to get you from @yourcouch to @thecorneroffice.

Step 1: Pick the Right Handle and Headshot
Create a handle that is reflective of who you are, but also professional, says Rich DeMatteo, co-founder of Bad Rhino, Inc., a Philadelphia-based social media marketing agency. It’s probably easiest to use your name—particularly if you’re in a more traditional field—but if you’re trying to brand yourself, tie it into your blog title or company name. As for the picture, a simple headshot (it doesn’t have to be professional) is best.

Step 2: Fill Your 160-Character Profile
Keep it memorable yet professional, and avoid long sentences, says DeMatteo. Make sure what you say makes sense for the industry and company you want to work for. For example, if you’re looking to work in accounting, be a little more formal.  Try “I’m John Smith. I have a CPA from XX University.” and link to your LinkedIn.  If you’re in graphic design, be a little quirky.  Try “John. Social Media. Peanut Butter and Banana Sandwiches.” with a link to your portfolio. Most importantly? Be transparent, says DeMatteo. You want to sound the way you actually are.

In follow up to my most recent post 5 Social Media Must Do’s for Job Seekers I wanted to post a few social media moves that could get you kicked clean out of the running for a position.

I know it’s easy to become discouraged and desperate while searching for the right job for you, but it’s important to internalize these feelings and keep them off of your profile feeds.  Recruiters aren’t interested in desperate job seekers who just want a job.  Keep it together.

Congratulations! You’ve connected with a few company employees that seem pretty hip.  This isn’t your go ahead to ask for recommendations, harass them about your application status or try schmoozing them by commenting on every one of their posts.  Make sure that your online  interactions with potential employers and their employees are professional and genuine.  Don’t force it!

It’s no secret that you’re applying to multiple positions in your job search, which is perfectly ok.  It becomes not okay when you begin to post about where and when you’re interviewing.  It becomes a conflict of interest for you and for the companies that are interested in you.  It can be insulting for a recruiter to read that a candidate is “So excited to finally interview @Google tomorrow after a quick interview in San Fran.”  It’s in your best interest to go about your leads discretely offline.

Don’t allow your profile feeds to be purely social.  Make sure you are posting and commenting on relevant content in your field.  I love sending Kitten videos as much as the next guy, but don’t let them account for 99.9% of your shared content. 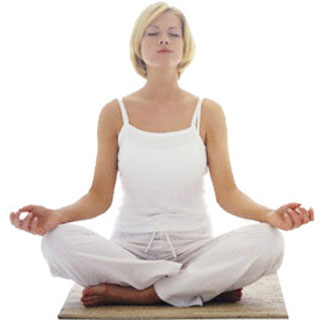 Relax. Don’t freak.
Let’s face it.  Getting rejected sucks, but remember it’s not personal.  A rejection isn’t the green light to put a companies human resources on full blast.  Firstly, nobody truly cares about your online ranting.  Secondly, it’s a good reason for another company not to hire you.  Save two birds by not throwing that ugly social media rant stone.

I’ve been frequently asked when I tell people about my interest in the social web, “How do you find the time?” or “What do you post?”.  To avoid delving into deep detail about my social media strategy I typically respond with “It doesn’t take much time” or “I post all sorts of stuff”.  The truth is that I’ve used cross platform integration to fuel my social media feeds.  When done correctly you can generate interesting content for your feed in your sleep.  Literally. 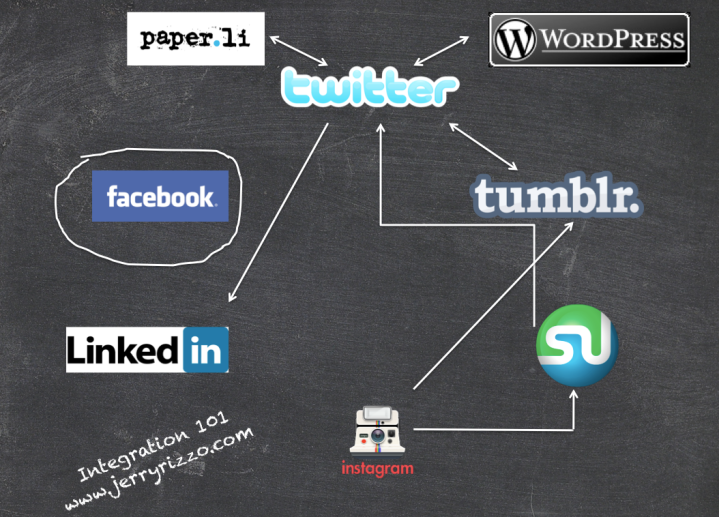 Auto-connect to: Tumblr. and StumbleUpon

Auto-connect to: None.  I’ve found that Facebook integration is tough.  Too much content and your audience tunes out or un-friends you.  Still searching for the perfect way to fuel my Facebook feed.